As you already know, animated videos helps to get:-

An Animation Tool Worth Talking About

As a newbie to the world of marketing, I often feel like I am stumbling in the dark and when things work, at times it feels like luck.

I feel like I struck gold a couple of months ago after finding a relatively cheap tool to create animations, so much so that I am eager to share my experience, even with the more seasoned marketers.

So, a little about me, to start us off, I have worked in marketing for just six months, although my background and previous roles have probably prepared me more than I ever realized they would have.

My career started 12 years ago, as an apprentice IT Technician, I worked through my course and completed it faster than expected and have since held 4 positions in the world of Business IT Support, exposing me to a weird and wonderful world of problems and quirks.

My specialty has always been software, I could receive a call regarding a piece of software I had never heard of, which is for a purpose I don’t entirely understand, but I can get my head round the bizarre issue and generally find a quick easy resolution.

It means I settle into new systems and processes quickly and can be self-taught on pretty much any software packages without much need for guidance or support.

So how did I fall into marketing?

I am not sure how it happened to be honest.  I applied for an IT support job having moved to a new house, and being a tad fed up of the 45mile commute to the office.

I was offered the job, which I gratefully accepted after having gelled really well with the team in the interview.

The team offered me a joint job role, one within IT and one within marketing, having seen that I had potential for something I had never before considered.

I am one of the lucky ones, I have THE MOST supportive managers behind me, who is determined to find talents in hidden corners of people’s potential.

As my confidence has grown in the work I am producing, my ideas have got braver and bolder.

Which led me to deciding to have a go at creating an animation.

I played with the idea for a couple of weeks in secret, not wanting to set myself up to attempt something I wasn’t capable of, trialing a few different platforms to attempt to find something that had the functionality available that I needed without having to commit to an instant subscription.

Then I found it, it’s not perfect, but love never is, I became acquainted with Animaker.

I had an open mind, a head full of enthusiasm and disorganized ideas, but not a great deal of hope when I first started to play with Animaker.

Some initial facts about Animaker:

Now I am not saying Animaker is the best solution on the market, I tried a limited number of solutions but what I liked about Animaker is that it was so simple to use and although the free version had its limitations, it really was fully workable, so I got a really good taste for the software without parting with a penny of mine, or the companies’ money.

I picked the template ‘Explainer Video’ for my first ‘Animo’ as they’re referred to on Animaker.

I wanted to create a video which gave an overview of the perks of using our product. I watched a few of the templates and the Explainer Video seemed like a great place to start.

Starting by describing the problems to our solution and into additional features and contact details.

After the relatively simple process of personalizing each slide, I picked some music, and uploaded the video to YouTube to share with the team.

They loved it, we were all thrilled with the finished result,you can view my first ‘Animo’ here::

After a discussion, we decided to pay for a package on Animaker, we picked the Start Up package at $19 a month, rather than the personal one, as it gave us the high definition exports mainly, but it also gave us a tonne more sound effects, properties, characters and backgrounds, along with more music, more exports and of course, videos without the Animaker logo, which was important to us for our brand.

We were all really pleased with the end product, so as well as posting it to our website, social media outlets, we paid for some targeted LinkedIn ads, it was worth every penny.

We ran the ad at peak times over a 3-week period, resulting in plenty of lead generation forms being filled out on LinkedIn, as well as some organic leads coming in, having seen the video, or being told about it by someone that had.

We then started using Animaker a lot more, for all different types of projects, some for niche customers but we also started to develop a series of mini-demos of our software, giving people a view into what our product does.

A lot of the things I picked up in the two-minute guide video I mentioned earlier helped with this, so it gave me a better understanding of some of the tools Animaker has.

Using different focus points on the screen with an illusion of moving or zooming a camera to highlight different parts of each slide, as well as developing a tool known as ‘multi-move’ to change expressions or locations of items within a slide seamlessly create a really different look and finish to videos.

What has been wonderful about the ‘Animos’ is the response, I have a lot of colleagues, old and new, technical contacts, as well as friends and family on both my own and our business social media pages.

When I have shared the odd Animo on my personal pages to show my progress, friends and family can’t believe that I have made the video, rather than a professional animation creator, I was even offered a well-paid opportunity to freelance for a company to create them some similar outputs (which I politely declined, I have more than enough to do in my supposed free time).

Animaker is the perfect tool for creating simple but professional animations, either free of charge or for a small and reasonable price, I would definitely advise it to anyone.

And here is remaining Animaker review:-

I have found that as I have grown Animaker-literate, I have found features I wish it had.

I would say for one, it can be a tad slow and I suspect this is just because it is browser based, operating over the internet, so can be slightly limited by its demand.

I think it would be good to have an installable offline copy which would run much better on my rather speedy PC.

In addition, I found what we wanted to create in our demo videos was tricky to achieve in Animaker.

In episode one, I used a combination of Animaker properties, characters and effects, with screenshots from our product embedded, however, Animaker slides have a maximum of 15 seconds, so on topics where they were longer, the transition to a second identical slide was not always smooth with items flickering in the transition no matter what I tried.

I also found adding music and voiceovers a tad faffy, along with the music offered on Animaker, limited.

Like a true IT whiz, I found a solution for that too, eventually.

I used Animaker to create the slides, then used ScreenRec, an open source installable tool, to record my screen whilst using our software.

I then exported my Animaker video and snipped it up into sections to slot around my screen recordings, using a Windows app known as ‘Movie Maker’ for this.

(Frustratingly, Movie Maker has been discontinued, so I have access on a machine of mine which has a slightly older Windows 10 install on it, but it has been replaced with the inbuilt windows ‘Photos’ app which unfortunately I haven’t found quite as useful on my other machine.)

Once the video is snipped, ordered correctly, I then export it as a completed video, and open it to edit further within Windows photo app, this then allows me to add in my voiceovers, along with the music I have chosen.

I can then save and export from there, and although this feels like a lot of steps, when it gives and output like this, at a simple cost of $19 a month and my time, it is worth every step.

I haven’t completely mastered it yet, but every Animo I create gets me that bit closer and we’re thrilled as a team, with the results.

I use music from www.bensound.com, there is plenty of royalty free music on here, however, read carefully, if you choose a free track, you must credit BenSound wherever you use their music.

The two other software options I mentioned are free of charge too.

As I said at the beginning,

I am a very new newbie to marketing in general, never mind putting together an animation, so I would love to hear your thoughts on what you use to create your outputs and see your examples or animaker reviews.

I hope my blog helps a few of you discover your hidden Animaker talents, just like I did.

If you’d like to see the rest of the videos we created with Animaker, check out our YouTube Channel.

Lucy Atkinson is the Business Support Manager at Genilogic Ltd, working on the CRAMS team, supporting, deploying and marketing their Health and Safety software solution.

Lucy is a keen blogger and writer in general and in her spare time, she enjoys live music and exploring with her son and stepchildren. 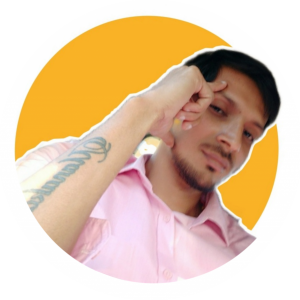